Yea sorry man... I usually don't scout the general talk part of the forum which is why I said "I know this is a football board" lol as it's always set rams talk forum. So my bad I apologize. Thanks for fixing!

I also grew up with Alston and had great admiration. The way he slowly sauntered to the mound will always stick with me.

But Lasorda was and is (along with of course Vin) what I think of when I think Dodgers.

Manny Mota may be one of my favorite players ever, and I grew up watching the best infield to EVER play the game in Garvey, Lopes, Russell, and Cey. Got to watch some of the best pitchers in history to ever grace the mound right there at the ravine, but as a Dodger fan, you just loved Coach Lasorda.

payote75 said:
Yea sorry man... I usually don't scout the general talk part of the forum which is why I said "I know this is a football board" lol as it's always set rams talk forum. So my bad I apologize. Thanks for fixing!
Click to expand...

I didn't fix it. I posted it in "General Sports" from the get go.

No harm though. We're cool.

snackdaddy said:
Man, I was hoping 2021 would bring on some better times than 2020. We're off to a rough start already. I always look at Tommy Lasorda as invincible. RIP Tommy. The great Dodger in the Sky.
Click to expand...

And obviously for us avid sports fans this is huge but since 2020 turned to 2021 to my knowledge Lasorda ....officer Hicks (police academy) and the beautiful Tanya Roberts. Indeed of to a roaring start.

I say he had a Very Good Life.
Reactions: RamFan503 and Loyal 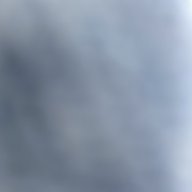 The first time I met him was at Baseball Camp in 1976 in Long Beach. Yeah, there were others there. Burt Hooten, Charlie Hough and Doug Rau were there. Billy Russel and the Penguin taught infield, and Manny Mota seemed god like showing us how to swing a bat even though he spoke almost no words. But Lasorda, he ran the show, did all the talking. Joked to us as we stood around waiting our turn. What a personality. and Ive been in awe of him ever since. I especially bought into all that greatest ambassador of baseball stuff. Cause its true.

The 2nd time I talked to him was I think 87 and I was home on leave from the Army and had brought my German girlfriend with me. My new step dad (who i had just met a few minutes earlier) asked what we were gonna do in LA and of course we said Disneyland, then maybe catch a Dodger game. His eyes lit up and he said “Perefect, here take her to the game. These are Tommy Lasordas seats, I cant go.” And he grabs two tickets off the fridge and hands them to me.
Anyway long story short, I really doubted they were Lasordas seats, I figurd this new dude was full of shit. Once we get there, the seats are lower level, top row witha huge column obstructing the view. Im now certain these are NOT Lasordas seats!! In the 2nd inning though, an usher comes up and asks if we want seats we could see from. He then walks us down to row 1 right at the on deck circle. Wipes of two seats, then tells us to enjoy the game. We were shocked of course. Between innings Tommy pops out of the dug out and looks right at me and yells “Hey, who the hell are you? wheres Phil?”

hahaha I dont remember what I said back to him because i was embarrassed, but he stepped closer and looked right at my girlfiend Kerstin and said “Well, enjoy the game young lady, I think Pedro’s got something for this guy on your first game” As he gestured towards the mound then dissapeared back around the concrete.

Leaving LA that night around midnight shes asleep and Im headed up the grapevine thinking “why did the Dodgers give Tommy Lasorda such shitty seats?”
Last edited: Monday at 12:20 AM
Reactions: Dz1 and RamFan503

When I saw the thread title, I thought Roger Daltrey had passed.
Lasorda made it impossible to dislike the Dodgers, just one of the most magnetic guys of all time.
Heck, he also made it ok for men to go on the SlimFast diet...
RIP man!!
Reactions: Dz1
Show hidden low quality content
You must log in or register to reply here.
Share:
Reddit Pinterest Tumblr WhatsApp Email Link
Top Bottom