It's been a few weeks and in this media culture of being way too early for things, I figured I'd pile on.

Russell Wilson. That's it. No one else is even close. Short of an injury or him completely shitting the bed for 14 straight games, there's no reason he doesn't take it in a runaway.

Since Wilson looks like a shoe-in for the MVP, there are a few candidates.

Lamar Jackson - dude's having yet another stellar regular season performance
Aaron Rodgers - if he keeps playing like this, they gonna keep drafting 1st round QBs
Deandre Hopkins - David Johnson would have to play like prime Emmitt Smith for this trade to make sense and he's not. Hopkins is basically clowning BOB right now

Jamal Adams - He's playing even better than Earl Thomas in that Seattle D and that's downright scary. He's everywhere and he's got tons of early season buzz along with his stellar play
Aaron Donald - Seriously, dude gets double teamed on over 70% of his snaps and he's still producing? That's insane.
JJ Watt - Seems healthy and back to wrecking. Unfortunately, the team as a whole just isn't enough to keep up with the KCs or the Baltimores of the AFC.
Reactions: Mojo Ram and Merlin 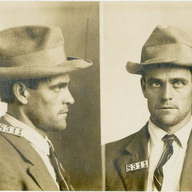 In my totally unbiased opinion....
MVP and DPOY: Aaron Freakin' Donald
OPOY: Some Loser
Reactions: BigRamFan, nighttrain, BuffaloRam and 2 others 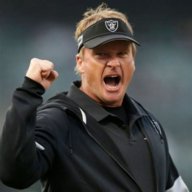 Waaaay too early. If you win your first two hands at blackjack, that doesn't mean you are going to walk away with the casinos money after an hour.
Reactions: Ellard80 and badnews

Yeah. I said that.

I know it's too early.

I posted this kinda serious, but also with tongue firmly planted in cheek...
Reactions: ScotsRam and Merlin 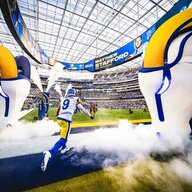 Let Seattle get all the bling and voter hardware. I'll settle for our second Super Bowl victory.
Reactions: Ramrocket, ozarkram, Karate61 and 1 other person

Oh and Aaron Rogers definitely had a blazing fire lit under his ass by that Packers offseason. I love it man. Fuckin douchenugget.
Reactions: kurtfaulk

I don’t see enough Texan games to judge where JJ Watt is at, but he looks stiff and slower to me.

I saw a sack yesterday, but, I dunno. Again... untrained eye. Just that was my impression watching a bit of both Texan games. 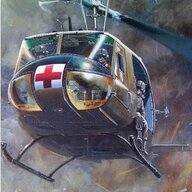 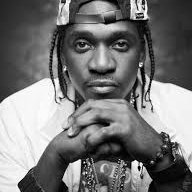 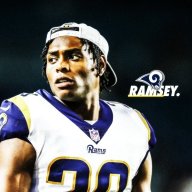 It's only week 2...
Reactions: Mackeyser

Yo... Jamal Adams is balling OUT.

I don't care which team he plays for, he's playing lights out.

I say this loving Rapp as a player and Ram.
Reactions: ScotsRam

Yeah, and I'm ODing a bit on football and was just jumping in on how sports media is always jumping the gun on things.

Sort of a combo of lampooning the silliness of it and while I was at it... also being guilty of it.

CGI_Ram said:
I don’t see enough Texan games to judge where JJ Watt is at, but he looks stiff and slower to me.

I saw a sack yesterday, but, I dunno. Again... untrained eye. Just that was my impression watching a bit of both Texan games.

A Watt might win DPOY but it wont be JJ.
Reactions: Mackeyser and CGI_Ram

Wilson is, incredibly, even after all this time, STILL underrated. We know what ha can do because he does it to us twice a season, usually with bo supporting cast on O (but with stellar D).

To me the Hawks are the class of the NFC this year. If we win the division we will have played very well indeed to get past them.
Reactions: Mackeyser
Show hidden low quality content
You must log in or register to reply here.
Share:
Reddit Pinterest Tumblr WhatsApp Email Link
Top Bottom