Screw it... It’s another uniform thread...

Many fashion divas here... @Loyal likes to wear feathers, for example. And, if I recall @Dodgersrf collects discarded used clothing of the celebrities.

Anyways... I am curious what UNIFORM “things” we see for 2021? The Rams have teased of a tweak, or variant.

Keeping this topic focused on Uniforms (not logos)... after experiencing a season of them...

See poll above. What changes do you want to see?

Unlimited choice in the poll.

I‘m not sure all the required approvals for tweaks, so we are not likely able to change much due to league rules.... but let’s assume you can change whatever you want. That’s more so the exercise of this poll.

After a season of these uniforms.... NOW what do you think?

I am intrigued by the annual update the Rams seem to be introducing.

The Los Angeles Rams officially unveiled their new uniforms on Wednesday morning, which include a

I would like a two-colour sock. Like a big yellow chunk and a big blue chunk.
Reactions: JewerlPeacock and CGI_Ram 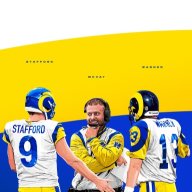 Yellow socks. It would help the bone on bone and blue on blue jerseys pop more.
Reactions: ramfan46, KJD_Ram, TheBunk and 3 others 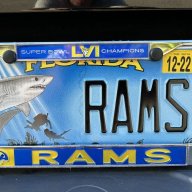 Just give us this 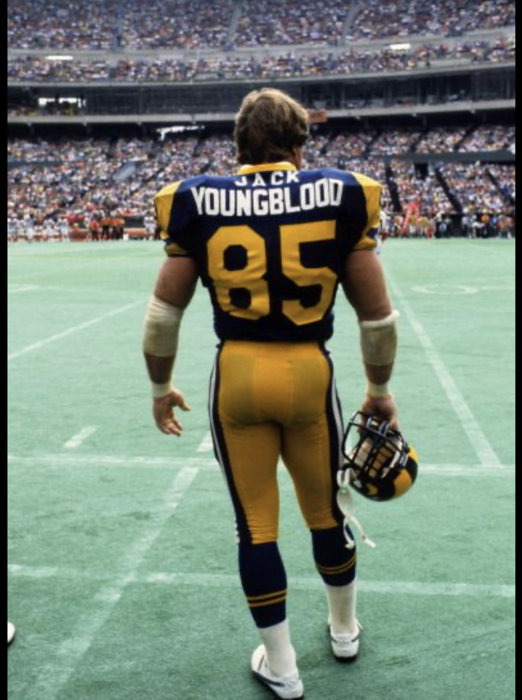 Forgot to vote for it, but I'd just change the bone to white as well.

Give us more of the white jersey/yellow pants look.
Reactions: ramfan46 and JewerlPeacock 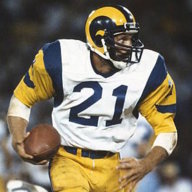 The new colors aren't even accurate to their own standards. "Sol" is supposed to be a golden yellow. It's one of the colors on this website.

Instead the yellow on the uniforms is almost greenish. I call it "rubber ducky yellow." 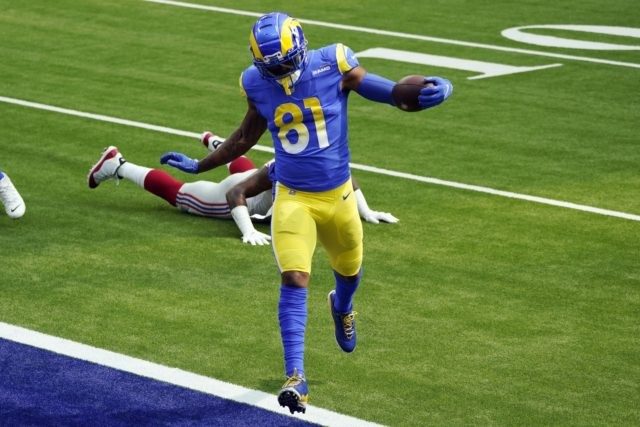 So lame. The Rams should get their money back and start over.
Last edited: Feb 16, 2021
Reactions: EasyE, Pancake, Karate61 and 6 others 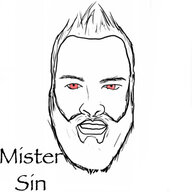 I'm in the minority that I actually really like the helmet.

Hate the bone...make it white.

And like @Bootleg said, colors do not even come close.

I like the colors we are using, but why have the Sol as an official color then?
Reactions: JewerlPeacock, andre and Bootleg 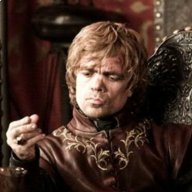 Bootleg said:
The new colors aren't even accurate to their own standards. "Sol" is supposed to be a golden yellow. It's one of the colors on this website.

Instead the yellow on the uniforms is almost greenish. I call it "rubber ducky yellow."

So lame. The Rams should get their money back and start over.
Click to expand...

Same, but I'm more concerned with the blue and not the Sol. Nike either fucked it up, or the Rams media team edits the blue to make it darker. Either way, the blue on the jerseys don't match what's promoted.
Reactions: Bootleg 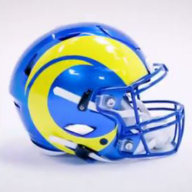 I would love a Yellow Jersey this year to wear with the blue pants on occasion
Reactions: Flatlyner, ScotsRam and KJD_Ram 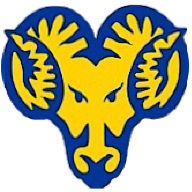 The horns are supposed to look like the horns of a bighorn sheep. Now with that break in the middle, they look more like a capital "C", and nothing like a sheep horn. Were they trying to recuit Charger fans?
Reactions: Karate61, dieterbrock, den-the-coach and 1 other person 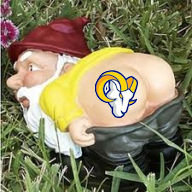 I checked all boxes but the last two. The colors are too soft. Just get an old ED uniform out and copy that.

It’s so bad that when I told my son to pick out a hoodie, he chose the Army green, because the blue and yellow look more like girls colors.
Reactions: dieterbrock, nighttrain and Bootleg

bubbaramfan said:
The horns are supposed to look like the horns of a bighorn sheep. Now with that break in the middle, they look more like a capital "C", and nothing like a sheep horn. Were they trying to recuit Charger fans?
Click to expand...

The break is actually the ridge along the top Outside of the horn. Since, cross-sectionally, the horns are kind of tri-angle-ish, the break shows the twisting of the horn, as you can see the top of the horn at the front of the helmet, and the side of the horn as it approaches the ear hole.
Reactions: Juggs 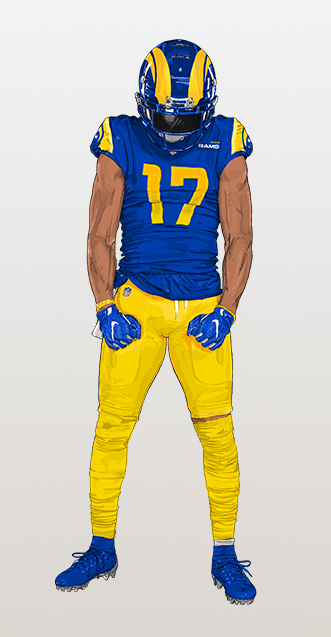 I love the new helmet. Best one we've ever had IMO
Reactions: Loyal, Juggs, Faceplant and 3 others 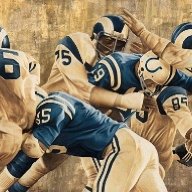 Any uniform that doesnt look like they ordered it off of Wish.
Reactions: dieterbrock, fearsomefour and nighttrain 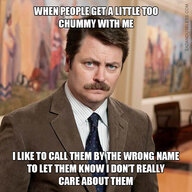 I actually like the new uniforms for the most part. I think the gradient numbers are a little dopey and I would like to see a white version but overall look is modern yet sleek.

I have been a Ram fan since the late 60s so I have always loved the blue/white and blue/yellow. But I am ok with some change and I think they did pretty well with this.

Night and day better than when they went from blue/yellow to midnight/dull gold. That actually offended my senses.
Reactions: ramfan46, Faceplant, LARams_1963 and 1 other person

Other than the blue, I was not happy with the uniform roll-out and said so ... more than a couple times. Still wish the horns were more full and complete.

That being said, I wound up liking the look. Thought it popped on TV.

Once again, I was wrong.

Still pisses me off.
Reactions: Faceplant and RamFan503

The number look like a 16U girls soccer team.
The horn is lame.
Although, they do pop on occasion on tv.
But, the old helmets popped like crazy in person in the sun.
Overall....C grade.
Reactions: bubbaramfan, JewerlPeacock and OnceARam
Show hidden low quality content
You must log in or register to reply here.
Share:
Reddit Pinterest Tumblr WhatsApp Email Link
Top Bottom